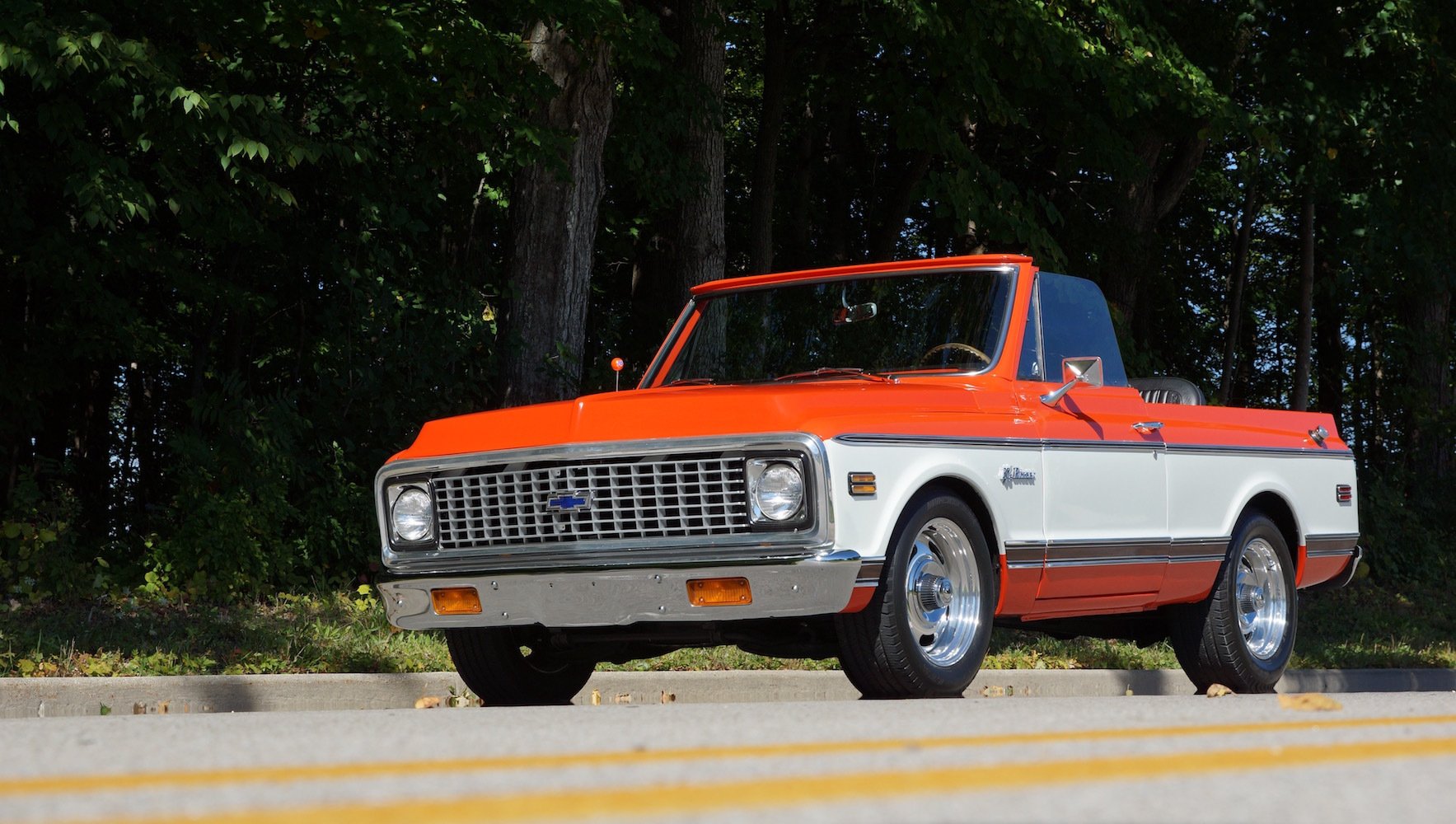 The predecessor to the Chevrolet Tahoe, the K5 Blazer was the smallest full-size SUV of the C/K family. Built from 1969 through 1991, these were known as the Chevrolet Suburban and were “full convertible” with the removable tops until 1975. Designed and marketed to compete against the International Scout and Ford Bronco. The Blazer became extremely popular given the marriage of off-roading and luxury features like air conditioning and automatic transmissions. This superb example offered at Valenti Classics is from California and features a built 383 stroker engine, Turbo-hydromantic 350 transmission with a 2500 stall converter and 3.73 gears. Finished in the highly desirable orange and white two-tone finish with a rick black bucket seat interior. Creature comforts like power steering, power brakes, tilt column and air ride suspension make this truck a dream to drive. The custom deluxe interior is meticulously trimmed out and has a GM center console, wood steering wheel and full gauge package with tachometer and modern stereo system.