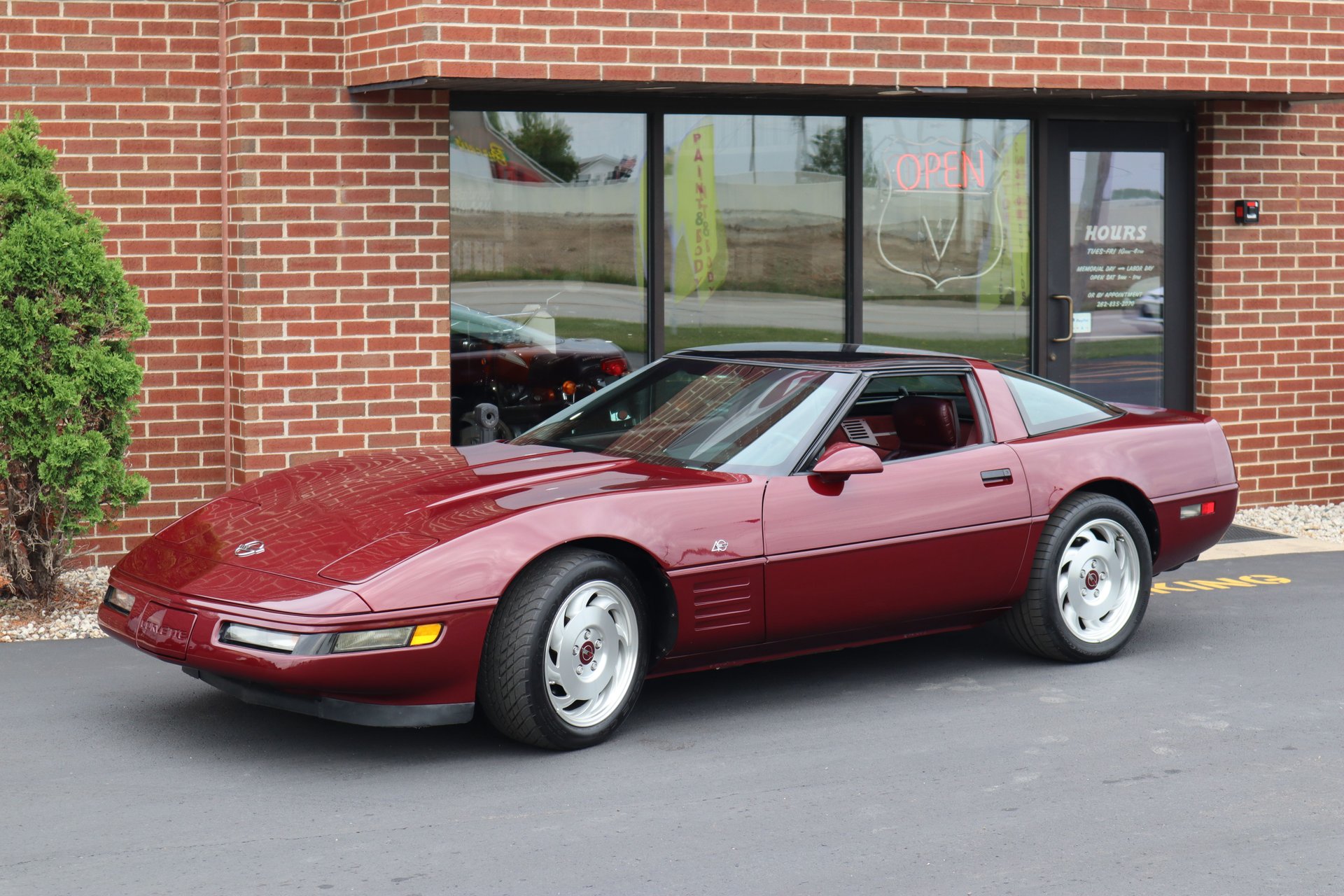 The 40th Anniversary Edition was an optional package for all 1993 corvette models and only came in Ruby Red inside and out. Some unique features are the 40th anniversary embroidered headrest, floor mats, ruby red center wheel inserts and chrome emblems making these corvettes a true celebration of Corvette history.

This 1993 Corvette 40th Anniversary Edition Convertible come with a 5.7 Liter 300hp LT1 motor and 4-speed automatic transmission and 22,404 miles. The LT1 was referred to as “America's Most Respected V8” because it was the most powerful small block V8 ever placed in a production Corvette. Other features of the Anniversary Edition include driver & passenger 6-way power sport bucket seats, climate control air-conditioning, Delco/Bose music system consisting of AM/FM stereo with CD player and stereo cassette.