1974 Indian ME 76 Enduro Off Road Motorcycle 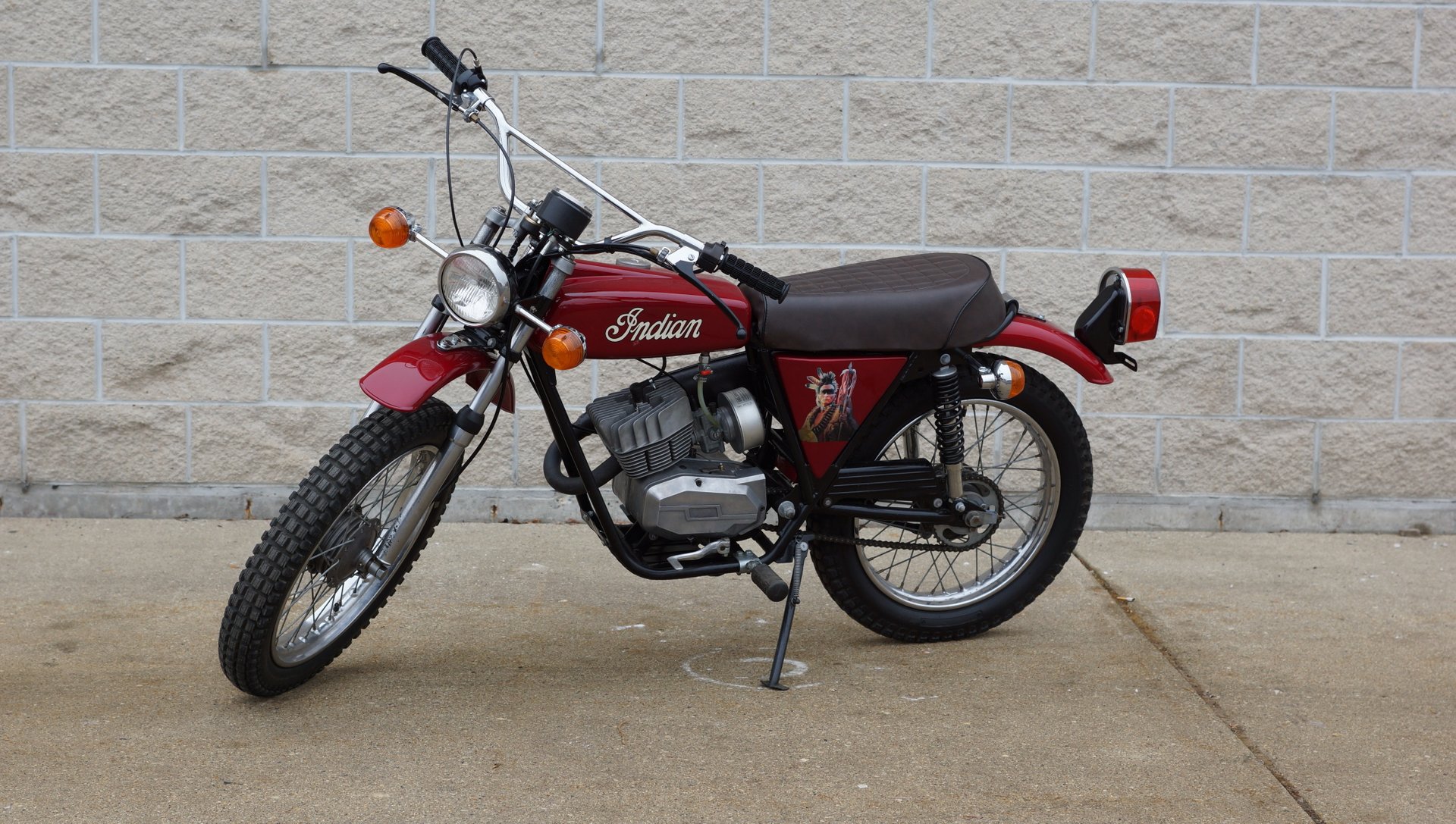 The Indian ME 76 Enduro / Offroad motorcycle has an interesting story to tell. It was advertised as follows back in the day: the lightest 70cc built, with a unique cushion drive hub, full floating rear bike, 6 speed transmission, automatic oil injection system, adjustable hydraulic suspension, primary kick start, and wide tread tires with triple-laced rims. Despite all its fancy details and features the most interesting part about this bike is its journey to the United States.

From the 1960s, entrepreneur Floyd Clymer began using the Indian name, apparently without purchasing it from the last known legitimate trademark holders. He attached it to imported motorcycles, commissioned to Italian ex-pilot and engineer Leopoldo Tartarini, owner of Italjet Moto, to manufacture Minarelli-engine 50 cc minibikes under the Indian Papoose name. These were so successful that Clymer also commissioned Tartarini to build full-size Indian motorcycles based on the Italjet Grifon design, but fitted firstly with Royal Enfield Interceptor 750 cc parallel-twin engines, then with Velocette 500 cc single-cylinder Thruxton engines.

After Clymer's death in 1970, his widow sold the alleged Indian trademark to Los Angeles attorney Alan Newman, who continued to import minicycles made by ItalJet, and later manufactured in a wholly owned assembly plant located in Taipei (Taiwan). Several models with engine displacement between 50 cc and 175 cc were produced, mostly fitted with Italian two-stroke engines made either by Italjet or Franco Morini, but the fortunes of this venture didn't last long. By 1975, sales were dwindling, and in January 1977, the company was declared bankrupt.